How To Split Cells In Google Sheets

Keep reading for detailed descriptions of everything here.

There are two ways to split your data into columns in Google Sheets, the:

Not on desktop? For mobile devices using the Google Sheets iPhone/iPad and Android apps you'll need to use the SPLIT function method.

If instead of splitting data into multiple cells you want to 'split' merged cells, you want to unmerge cells.

How To Split Text To Columns In Google Sheets

The quick and easy Split text to columns cell splitting feature is perfect if:

Delimiters (or separators) are characters that indicate the beginning and/or end of a piece of data.

For a full name (Kieran Dixon) the delimiter is a space character (" ") that indicates the end of the first name and the beginning of the last name.

STEP 1: Select a cell, range, or column in your sheet:

You can't select a row, a range where the split data would overlap, or make multiple selections.

STEP 2: In the main menu go to Data ➜ Split text to columns: 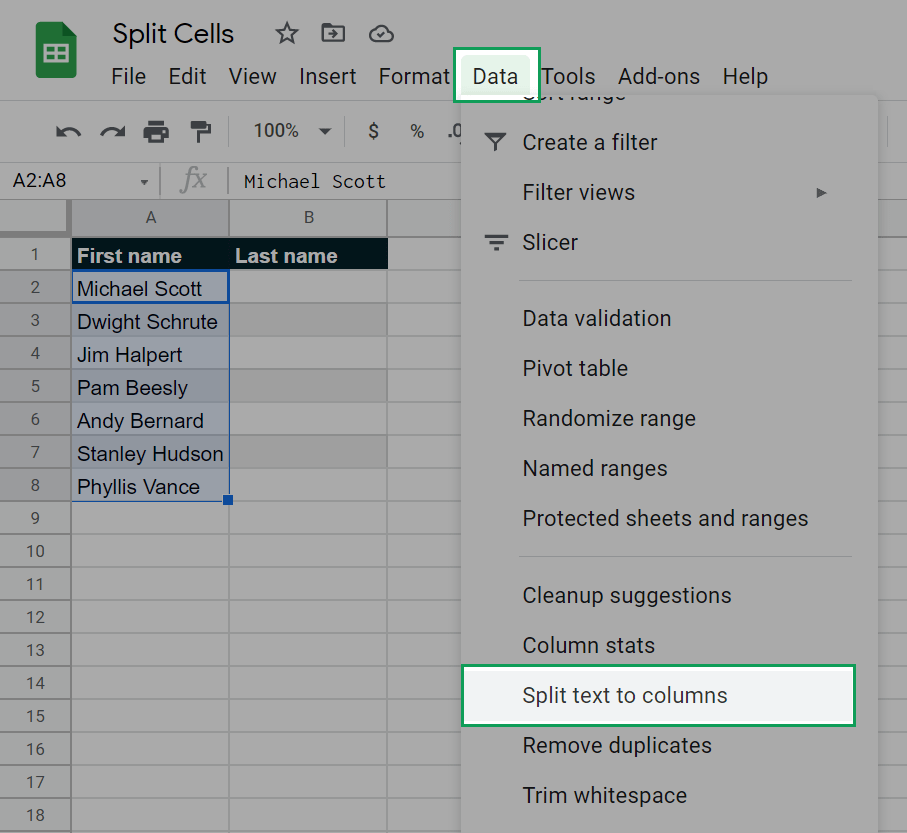 As soon as you click the Split text to columns option your selection will split into the columns to the right of your selection and overwrite any nearby data as it expands.

STEP 3: Now that your selection is split, you can choose a specific delimiter using the Separator: menu or define a Custom delimiter by typing it in: 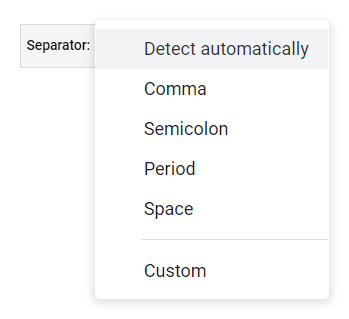 Here's the whole process in action:

When you paste data you have the option to split it into columns.

After pasting, click on the paste icon that appears and in the dropdown choose the Split text to columns option:

This will work with a single cell, a range or even a whole column.

Splitting data horizontally into cells using the SPLIT function gives you greater flexibility and allows you to leave your source data unchanged.

The [split_by_each] option allows you to split using multiple delimiters.

If your text contains both commas and semicolons, you can use this function to split it with a single formula:

Time to work through an example.

You have a list of names and need to split the full names into the first and last names:

The SPLIT function in its simplest form does all of the work using a space (" ") as the delimiter.

By slightly modifying this formula, you can split an entire column:

Split A Column In Google Sheets

It's far more convenient to have a single formula than to have a formula in each row of your data.

By combining the SPLIT function with the ArrayFormula function, you can force SPLIT to accept an array of text values instead of just one.

As such, it will output multiple text values:

By default the Split text to columns feature and SPLIT function split data into columns.

But sometimes you want to split text into rows.

You can achieve this by wrapping your SPLIT function in the TRANSPOSE function:

Split Data To Columns Of Fixed Width In Google Sheets

When you split a column of data the output width can vary.

This can throw your data out of whack so it'd be handy if your output could be limited to a fixed width.

This is possible using the ARRAY_CONSTRAIN function:

Here's a formula that does just that: 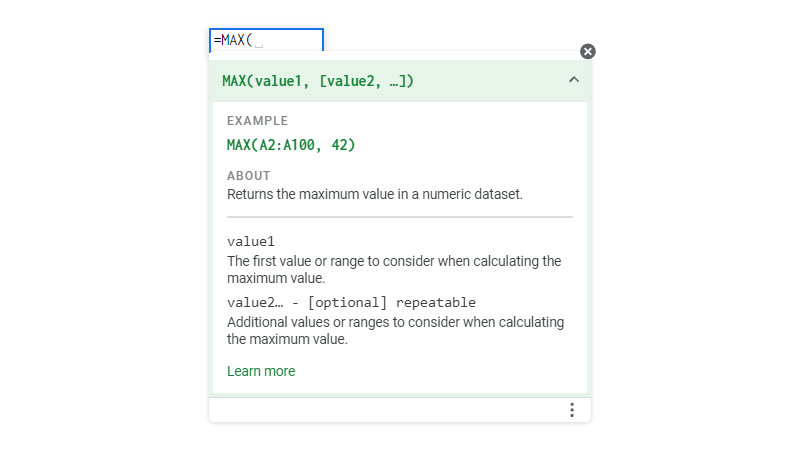 The MAX function in Google Sheets finds the maximum! It doesn't matter how many numbers, MAX will quickly find the largest / most positive. 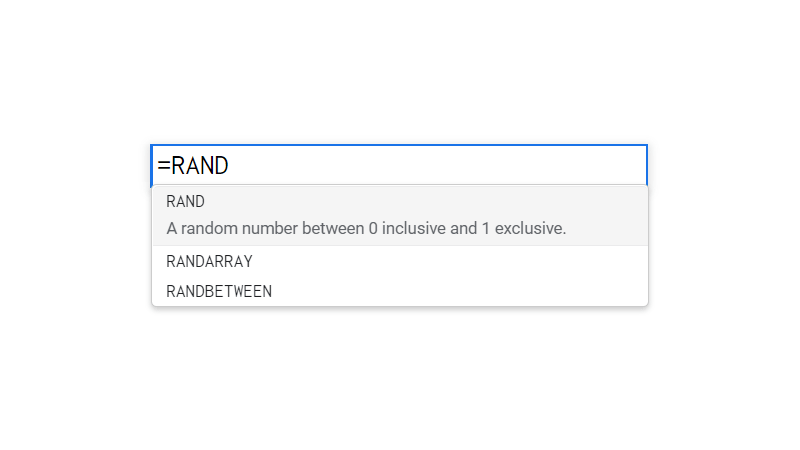 Google Sheets generates random numbers. Learn all about random numbers as decimals, integers, between two numbers, and buttons to make them!