Ready to play the classic game of memory in Google Sheets? 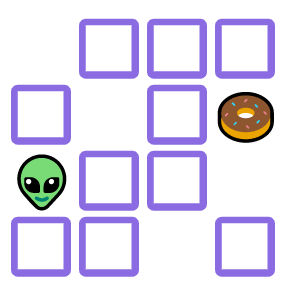 Play Memory with 8, 18, 32, or 50 pairs (of emojis) in a spreadsheet using mouse clicks to reveal potential pairs.

How To Play Memory In Google Sheets 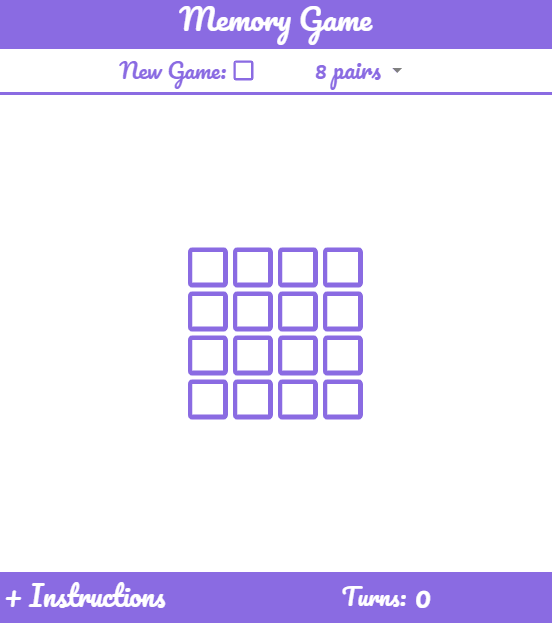 The board builds itself when you change the number of pairs (or start a new game):

Then you click on the checkboxes to reveal potential pairs:

When you find a match the checkboxes disappear:

When you've matched every pair the game is won:

While this is going on the turn counter is keeping score:

If a player hasn't read this post, there are instructions hidden in a row group ready to be revealed when needed:

Making A Game Of Memory In Google Sheets

The game is made to look good using:

The actual mechanics of the game all happen within the attached Google Apps Script.

You can make a copy of the sheet to read through the code.

Here, I'm going to provide an overview of how it works.

Everything is triggered using a big onEdit(e) function that runs every time a user changes a value in the sheet.

Because it runs so often, we want it to be over really quickly to avoid performance issues.

For this reason, the edit event only continues to more intensive code when the edited cell was:

When a new game is started an emoji set of the appropriate size is randomly pulled from the 50 available. This means every game of the same size isn't guaranteed to use the same emojis.

These pairs are then shuffled and assigned to a two-dimensional, board-sized array:

To get the game to have memory of where everything is, this initial board needs to persist throughout the game.

You could use the CacheService or PropertiesService to achieve this natively, but this would require authorization. For games, I like to avoid this.

As such, I instead took advantage of the Utilities.base64Encode() method to obfuscate the board array before storing it in the sheet:

The same thing happens on the first click of a turn: the revealed emoji and its position on the board is encoded and stored in the sheet.

The cells where this data is located have a white background and white text which means that, without knowing they exist, a user is unlikely to find them.

If they do, what they find is nonsense:

Here's the flow of the script.

When a user clicks a checkbox:

Have fun with it!

Play Connect 4 in Google Sheets. All the fun and strategy of the classic board game in a spreadsheet. Just make a copy and play. 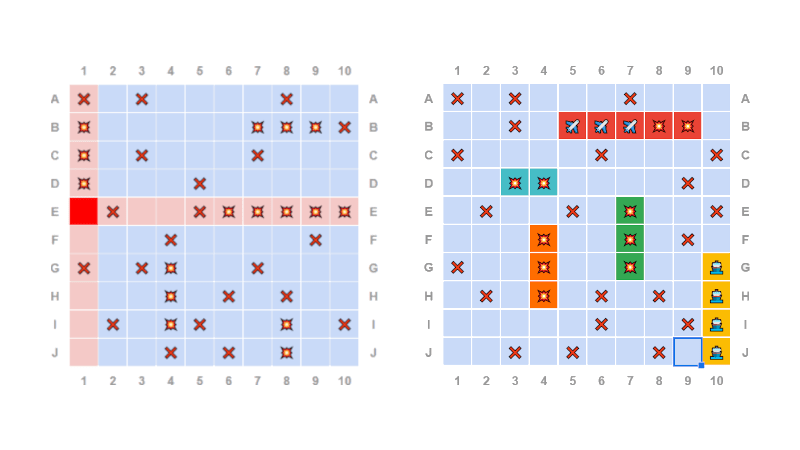 Play the classic board game Battleship in a Google Sheet! All of the functionality of the original game in a spreadsheet.